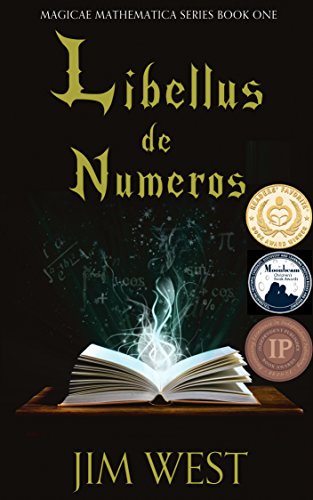 Available in the following formats:

Alex, a young precocious girl, mysteriously gets transported to a strange world where Latin and Math combine in formulas and equations with magical effects. With a cruel council leading the only safe city of its kind in this world, she will have to prove her worth to stay as well as help this city as it is the target for two evil wizards who seek to destroy the city and its ruling council.

Will the council’s mighty army of guardians be enough to repel the onslaught of the two wizards’ wrath?

To help the city and also get back home, she will need the help of the greatest mathematician of all time, Archimedes. In a world where math is magic, Alex wishes she paid more attention in math class.